How good is the iPhone's audio? 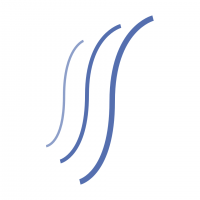 benfaber
July 2008 edited July 2008 in Articles
The question has been raised, particularly in light of an article that suggested that the iPhone's audio hardware was inadequate to use in testing audio systems.

The large amount of delay is due to the fact that the signal is getting buffered inside the iPhone as it gets passed from the input to the output. (For what it's worth, lower audio throughput latency is possible with the iPhone, but at the expense of higher CPU load).

The square wave plot is a direct capture of two square waves being generated simultaneously by SignalSuite on the iPhone.

Here are the plots: Figure 3. Frequency Response Phase. The phase drops off rapidly because of the large latency of the measured iPhone setup. Figure 4. Group Delay. The delay is nearly constant with respect to frequency. Figure 6. Coherence. The coherence was measured simultaneously with all the other measurements, above, and indicates that the measurements are all valid. (A coherence of exactly 1 would result from measuring a perfectly linear, time-invariant, noise free device.) Figure 6. 1 kHz and 100 Hz square waves. These square waves were produced simultaneously on the two headphone channels by SignalSuite, running on the iPhone.


Additional efforts to quantify the response of the iPhone's audio hardware are underway...